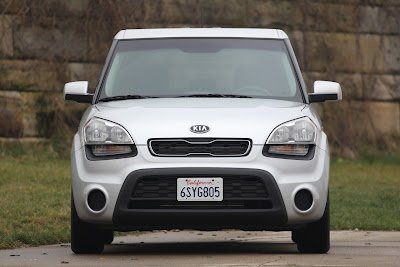 By the time the Kia Soul arrived stateside for the 2010 model year, conventional wisdom had the Kabuki-faced wagon pegged as a late entry to a contest the Scion xB had already won. With a six-year head start, it seemed the xB—and to a lesser extent the slightly larger, somewhat pricier, and now dead Honda Element—had the hip, inexpensive box-on-wheels segment on lockdown. But in a story rich with Faustian implication, Kia sold its Soul to more than 100,000 Americans in 2011 alone, almost six times the number of xBs that Scion managed to move in the same time frame. So the Soul is an unqualified success, and the mid-cycle refresh for 2012 aimed to keep up the momentum with updated styling, overhauled powertrains, and the addition of the economy-minded Eco package tested here.
Although the Eco pack is available on the 1.6-liter base and 2.0-liter Plus models with automatic transmissions, we sampled the smaller engine in pursuit of maximum thrift. In addition to the spiffy “Eco” logo on the vehicle’s posterior, the package includes Kia’s stop-start system called Idle Stop and Go (ISG), a heavy-duty battery, low-rolling-resistance tires on distinct 16-inch aluminum wheels, and an active-eco computer setting that optimizes engine operating parameters for efficient driving. Because the system was maligned early on for rough engagement and harsh operation, Kia went so far as to delay availability of ISG on the 2013 Rio to make some tweaks; the company claims the technology was fully baked as applied in the 2012 Soul. What we can tell you is this: The system performs exactly as intended but is far from transparent. Compared to stop-start systems we’ve sampled in recent GM (Chevrolet Malibu Eco) and Porsche (911 Carrera S) vehicles, the Soul’s stop-start function operates with all the subtlety of a pull-start snowmobile. Yes, we’re aware those vehicles cost more (or a lot more, in the case of the Porsche) than the Soul tested here, but given this car’s sub-$18,000 price tag, the only direction open on the price ladder is up. 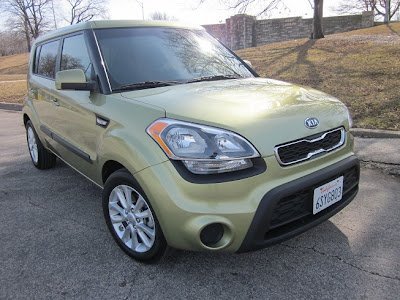 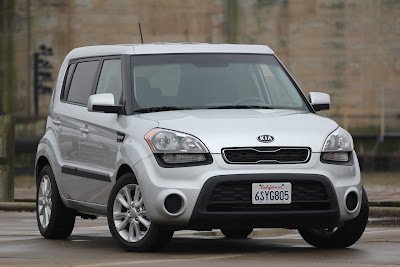 Wisely, the ISG has some fuzzy logic programmed in for the sake of safety and convenience. To prevent simple situations such as nosing into an intersection or inching through a drive-through from becoming infuriating, the Soul must hit at least 5 mph since the last auto stop to trigger another shut-off. Additionally, if the defroster or the A/C fan is set on high, the battery charge is weak, or the brake vacuum pressure is determined to be low, the system deactivates itself. You can also simply reach down and turn it off via a button on the dash. Kia’s direct-injected 1.6-liter four-cylinder produces 138 hp, a 13-percent improvement over the previous engine. A maximum of 123 lb-ft of torque clocks in for work at 4850 rpm, and the six-speed auto behaves almost like a CVT, keeping the revs up and the engine in the meat of its power curve. Put your boot down, and revs jump to the upper-4000-rpm range and continue to climb to redline, vehicle speed chasing engine speed; it’s all quite fun until you look at the speedo and realize you’re still traveling at less than 60 mph. 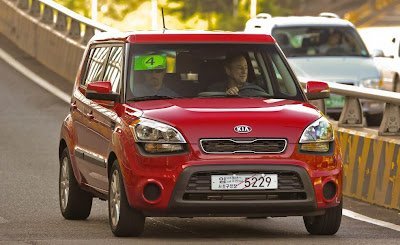