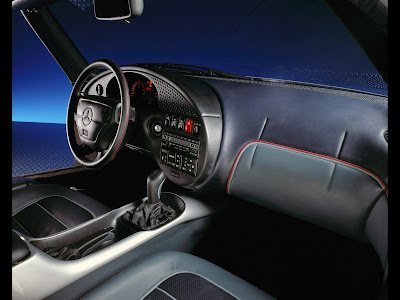 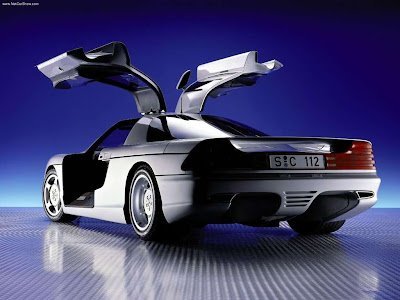 The C112 which also featured gullwing doors was equipped with the new 6.0-litre V12 engine, with the standard 300 kW (408 hp) and peak torque of 580 Nm. The major systems tested on this vehicle were:

This was designed to control the vehicles stability through a combination of active springs and hydraulics at each wheel, plus sensors that monitor the vehicle’s movements. The vehicles computer assesses the information from the sensors and adjusts the suspension accordingly.

This was provided through the cars front spoiler and rear wing which could be moved to ensure the optimum combination of low drag and high downforce. The rear wing was also used to improve the car’s braking in emergency situations. Although this was not seen in production until the Mercedes-Benz SLR McLaren.