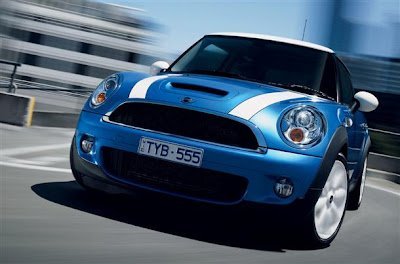 Throughout several changes in ownership of the Mini Cooper, the present owner being BMW, there have been many models of the Mini during the course of fifty years. These have included the mainstream models, limited edition models and also specific models for certain markets in various countries. While the company was the British Leyland Company, a Mini pick-up truck was produced and during the Rover ownership more than forty special edition vehicles were created.

Presently in North America, one would find the MINI Cooper, the MINI Cooper Convertible, the MINI Clubman, all three in the “S” versions as well as the MINI Copper two door hardtop Classic. The Clubman, the newest addition only recently launched in early 2008, is the modern version of the Morris Mini Traveller, Austin Mini Countryman, and Mini Clubman Estate according to MINI. It is a station wagon/van type vehicle probably suited to families with children, animals and luggage to transport.

The differences between the regular and the S models are a more extravagant interior in the S, dual exhaust and the feel of a sports car. In fact, the MINI Cooper S was named “Best New Sports/Performance Car under Fifty Thousand Dollars” for 2008 by the Automobile Journalists Association of Canada (AJAC).

As one would expect, the MINI Convertible appeals to single professionals and others who want an expensive looking sports car that reeks of excitement and makes an obvious statement. It comes in a Sidewalk edition as well, which is basically a limited edition used to create interest while the company comes up with the newer version of the convertible. The interior of the Sidewalk edition is mostly leather and the outside is painted to look richer than the old model convertible. It also comes with a higher performance motor in some markets.

Further, the company offers a John Cooper Works Tuning Kit program for those individuals who prefer a supercharged, race-ready MINI. Working with John Cooper’s son, Mike, the MINI can be installed with equipment to resemble the original Mini racecars. And if you are not sure who John Cooper is, he is the person after whom the Mini Cooper was named when the British Motor Company and John Cooper formed an alliance to spruce up the Mini making it a racing icon.

Lastly, one will notice when reading promotional material and reviews on the MINI, that there are two spellings one in lower case letters and one in upper case letters. The latter, MINI, is used for the newer models so as not to cause confusion with the earlier Minis.