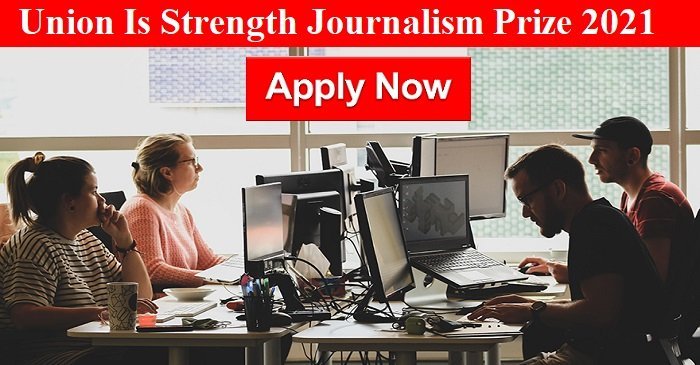 A new journalism prize to reward teamwork among young Europeans.

Union is Strength is a unique journalistic project that aims to bring together young European journalists by inviting them to work together.

I – Union Is Strength in 3 steps

1. You find a story related to a project financed by the EU. Many projects are here, here, here, or those in France here. You can also ask the representation of the EU Commission in your country the existing projects around you.

3. Together you apply to the contest by following the requirements listed here, and try to win the 1500€ award.

The journalists will work in pairs and take a cross-cultural look at various projects in France and Europe that are supported by the European Union’s cohesion policy. The articles they write will then be published in three languages: French, English and one of the twenty-four official languages of the Union.

The contest is open to all young journalists aged 30 at most who are European Union nationals. Twenty teams of young Franco-European journalists will be selected by a jury comprising Slate.fr staff and leading personalities from French journalism.

Each team will have to propose two stories, jointly written by both members, that will focus on an initiative developed within the country of each team member. The selected teams will be paid for their work at a rate of 1500 euros per team.

The proposed topics should meet the following criteria:

The young reporters will be guided in

Both articles must be a joint effort, written and signed by both journalists. The young reporters will be guided in their investigation, reporting, writing and editing work by Slate.fr’s editorial staff, as is usually the case with all the people who work with the site, and by a project manager who is herself a journalist.

To make it easier to create teams across the European Union, an English-speaking forum has been opened for applicants.