Officially there has never been any numbering by Volkswagen of the Golf generations, so no Golf Mk1, Mk2, Mk3, Mk4, Mk5, Mk6 or Mk7. With now seven generations of the car, The numbering system now ‘officially’ enters into the Golf’s history. The fact is that with – as of the 31st of July 2012 – exactly 29.13 million units sold since 1974, the Volkswagen Golf, including its derivatives such as the Cabriolet and Variant, is one of the most successful motorcars in the world.

The first full-production Golf rolled off the production line in Wolfsburg in March 1974 and was in Volkswagen dealerships that May. In those showrooms, where for decades the Beetle and thus rear-mounted engines and rear-wheel drive had dominated the scene, a new era had thus dawned: that of the transversely mounted front engine and front-wheel drive. This trend had been heralded a short time earlier by the Scirocco and – as the first Volkswagen front-wheel drive car, based on the K70 taken over from NSU – the Passat, launched in 1973. With the launch of the Golf, the highest volume vehicle category had now also been switched to the new technology.

As the successor to the legendary Beetle, of which over 21.5 million units were made, the Golf Mk1 designed by Giorgio Giugiaro had to live up to the great expectations of continuing the success story of what until then was the world’s most successful car. In the spring of 1974, nobody could really be sure that this would indeed be achieved. However, the modern and reliable drive system, the spacious internal layout with a tailgate and fold-down rear seat and ultimately the design as well won over the market to such an extent that production of the one-millionth Golf was already being celebrated in October 1976.
Volkswagen wrote at that time about the new car: “The Golf offers maximum luggage space and safety. It is laid out uncompromisingly for practical use. The low beltline provides clarity, the sloping bonnet allows a clear view of the road right up to just in front of the car and the low rear window makes reversing easy.” And that applies to this day.
Like every Golf thereafter, the first generation too was already a reflection of the progress and automotive trends of its era. Thus, for example, in launching the first Golf GTI (in 1976) Volkswagen heralded the introduction of greater dynamism in this class, while the Golf D (naturally aspirated diesel engine, 1976) and the later Golf GTD (turbodiesel, 1982) marked the breakthrough for diesel cars in the compact segment. In 1979, with the Golf Cabriolet – at times the world’s best-selling open-top car – Volkswagen brought a breath of fresh air into a vehicle category that by that time had long been simply called the ‘Golf class’. 6.72 million units of the first generation Golf, including all derivatives and the Jetta (at that time based on the same body), were sold across every continent of the globe – the Golf had proved itself a worthy successor to the Beetle. 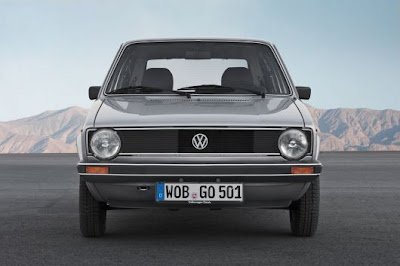 While its predecessor had already become a favourite of all driving instructors and learner drivers, the second Golf now cemented itself in their minds as their permanent number one choice. As of August 1983, they no longer sat quite so close to each other, as that year’s press pack pointed out: “The wheelbase is now 75 mm longer, while the track width at the front has been increased by 23 mm and at the back by 50 mm. Total length has increased by 170 mm (now 3.99 m) and the width by 55 mm (now 1.42 m)… The level of comfort, measured by the space between accelerator pedal and rear seatback, has increased by 37 mm to 1,837 mm, while elbow room in the front is now 92 mm wider and in the back is up by 112 mm. On the four-door model the increase is even 120 mm.”

It was the Golf with which the regulated catalytic converter (1984), the anti-lock braking system (ABS, 1986) and power-steering first took off in the Golf class and with which four-wheel drive (Syncro, 1986) was available for the first time. And as far back as 1989 – 23 years ago – Volkswagen was already unveiling a prototype of this Golf with an electric engine and another with a hybrid drive system. In June 1988, 14 years after its debut, the Golf had also broken through the magical production mark of 10 million units. In 1991, after 6.41 million of its kind had been sold, the Golf Mk2 gave way to make room for the successor. 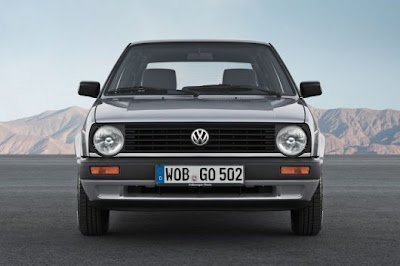 With the launch of the third generation of the Golf in August 1991, Volkswagen heralded a new era of safety. The Golf Mk3 was the first of the series to have front airbags (as of 1992), while major advances in the area of car body construction also resulted in significantly improved crash safety qualities. Looking back it can be said that with this Golf Volkswagen truly democratised passive safety, as the improved protection benefited millions of car drivers all over the globe.

However, there are also numerous other Golf milestones associated with the Mk3. Many new features made their debuts in this new Golf: the first six cylinder engine (VR6), the Ecomatic transmission, cruise control, the first oxidation catalytic converter for diesel engines (1991), the first direct injection diesel engines (TDI in 1993 and SDI in 1995) and the first side airbags (1996). Also in September 1996, ABS became a standard feature on all Golf models. In 1993, based on the Golf Mk3, Volkswagen had also introduced a new cabriolet, a new four-wheel drive model (Syncro II) and the first Golf Variant (an estate). A year later, in May 1994, Volkswagen celebrated production of the 15-millionth Golf. In 1997, after having made 4.96 million of the cars, the third generation came to the end of the line. 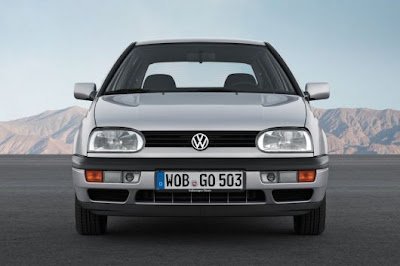 Under the direction of Volkswagen’s then Head Designer (Group), Harmut Warkuß, the Mk4 crystallised the clear, precise design that more than ever before paid its dues to the history of the Volkswagen brand and at the same time set its course to the future. It is in this era that the Volkswagen design DNA has its origins. Today, the Golf Mk4 is regarded by design experts as a style icon and as a pioneering step for the model – not least because with all its clarity and characteristic C-pillar design it created a link back to the Golf Mk1 of 1974.

However, the Golf Mk4 was not only pioneering in terms of its looks, it was groundbreaking in engineering terms as well. With this car Volkswagen achieved a totally new standard of quality in this segment of the market and thus became the first manufacturer to break through the vehicle class boundaries. With the debut of ESC (in 1998) and the brake assistant system, safety also continued to be further democratised. Also in 1998, Volkswagen unveiled the first four-wheel drive Golf with a Haldex clutch – the Golf 4MOTION. A year later, ESC became a standard feature, initially in Germany. In the same year, the first Golf with six-speed transmission made its debut. There then followed in 2001 the Golf GTI 132kW (launched to mark the GTI’s 25th anniversary and now already sought-after as a classic) and in 2002 the first Golf with petrol direct injection (FSI) and the debut of window airbags fitted as standard. Also in 2002, Volkswagen launched what at the time was the sportiest Golf ever: the R32, with a top speed of 250 km/h. It was this top model that in 2003 was the first ever to be available with the revolutionarily fast and fuel-efficient direct shift gearbox (DSG), the automatic transmission of the new age. In the same year, after production of 4.92 million units, the Golf Mk4 – the first fully galvanised Golf and the first available with satellite navigation and xenon headlights – made way on the production lines for the Golf Mk5. 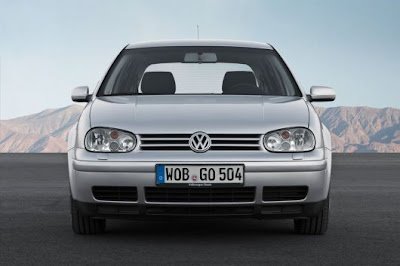 This was the Golf that boasted levels of comfort and dynamic handling that left many a competitor in its class way behind. The same went for the car’s quality. One factor that underlines the stability of the laser-welded bodywork was the 35 per cent increase in torsion rigidity demonstrated when the Golf Mk5 made its debut in 2003. On request, the Golf was now also available for the first time with side airbags – together with the six standard airbags (front, side front and window) there were thus eight protective air buffers on board.

In terms of comfort and dynamic handling the Golf Mk5 scored in numerous areas, including: its new four-link rear suspension and new seven-speed DSG, bi-xenon headlights, rain sensor and panoramic sliding sunroof, plus the debut of the first turbocharged direct injection petrol engine in the Golf GTI (in 2004) and the world’s first twincharger (in the 2006 TSI), combining turbo and superchargers. In parallel with this, new vehicle body variants also made the Golf attractive to a wider spectrum of drivers. 2006 saw the launch of the Golf Plus and 2007 of the CrossGolf, a new compact MPV, and of the Golf BlueMotion, which set a new benchmark with average fuel consumption of just 4.5 l/100km. By the time the Golf Mk6 was unveiled in 2008, over 3.27 million units of the Golf Mk5 in all of its versions had been produced. 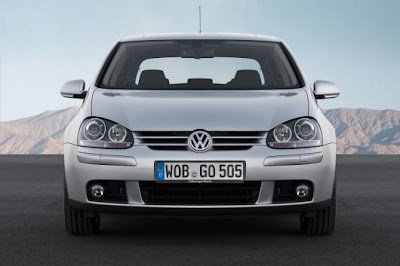 In just four years, a further 2.85 million Golfs had been produced by the end of July 2012, based on the sixth generation of the car launched in 2008. And once again safety made great advances, too: the car body, again laser-welded, was so robust that it passed the EuroNCAP crash test with flying colours, gaining the maximum five stars. There was now also a further airbag fitted as standard: the driver’s knee airbag.

In respect of quality the Golf Mk6’s interior in particular ranked as pioneering. Meanwhile an increasing number of TSI engines and switching the turbodiesel engines (TDI) from unit injection to the common rail system produced more dynamic handling and lower fuel consumption. The top performer here was the second Golf BlueMotion with average fuel consumption of now just 3.8 l/100km, equating to 99 g/km CO2. New assistance systems such as Light Assist automatic main beam management, ParkAssist, hill start assistant and technologies such as electronic DCC dynamic chassis control made the ‘World Car of the Year 2009’ the most advanced Golf to date. Also available were features such as the Stop/Start system and brake energy recovery mode, dynamic cornering lights and LED rear light clusters. Even if the Golf Mk6 has now been topped by the Mk7, its outstanding product features and superb design will ensure that the sixth generation Golf remains – as a used car too – one of the most successful cars on the market for many a year to come. Golf Mk7 – 2013.
The World premiere of the new seventh-generation Volkswagen Golf in Berlin in September of 2012 in front of thousands of invited guests at The New National Gallery.