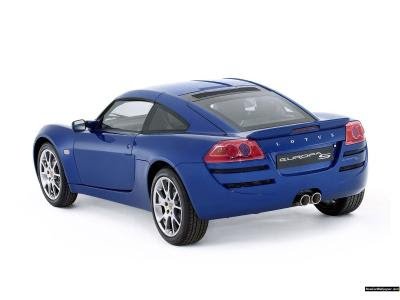 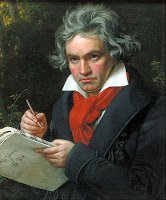 Ludwig van Beethoven was born in Bonn, then part of the Electorate of Cologne, in December 1770. He came from a musical family: his grandfather was musical director at the court of the Elector of Cologne, where Ludwig’s father also played. Ludwig received his early musical tuition from his father as well as other local musicians, including Christian Gottlob Neefe, who taught him composition.

Following the death of Ludwig’s mother, his father descended into alcoholism leaving Ludwig to take care of his younger brothers. Nevertheless, he continued with his musical career, playing viola with a number of orchestras. While travelling with the Court Chapel Orchestra, he met his future friend and patron, Count Ferdinand Waldstein.

In 1792 Beethoven moved to Vienna to receive instruction initially from Joseph Haydn, and then from Johann Georg Albrechtsberger and Antonio Salieri. He gained a reputation as a piano virtuoso, earning money playing at aristocratic salons, before publishing his first collection of compositions in 1795. His compositions proved popular, enabling to embark on a tour of Europe accompanied by his patron, Prince Lichnowsky.

In 1800, Beethoven premièred his first symphony, and the following year he composed Piano Sonata No. 14 in C♯ minor “Quasi una fantasia” (Op. 27, No. 2), known as the Moonlight Sonata, as well as a ballet called The Creatures of Prometheus. By this time he had began to lose his hearing, which hampered his ability to play in public, but he continued to compose. In 1804 he completed his Symphony No. 3 in E flat major (Op. 55), known as Eroica, which he originally intended to dedicate to Napoleon Bonaparte. When Bonaparte declared himself emperor, Beethoven was so angered by this betrayal of the principles of the French Revolution that he scratched Bonaparte’s name from the manuscript.

In 1808 he completed two of his his most famous works, Symphony No. 5 in C minor (Op. 67) and Symphony No. 6 in F major (Op. 68), known as the Pastoral Symphony. The period after 1811 was one of relative compositional inactivity for Beethoven due to illness and personal problems, but in 1817 he began work on his Symphony No. 9 in D minor (Op. 125), known as the “Choral”. This was innovative in its use of voices in a symphony, with the final movement using the words of Schiller’s poem, “Ode to Joy”.

His health continued to deteriorate and in 1825, Beethoven became bedridden. He had four operations to relieve abdominal swellings, but it became clear that he would not return to health. He died on 26th March 1872, and was buried three days later when over 20,000 people lined the route of his funeral procession to Währing cemetery.