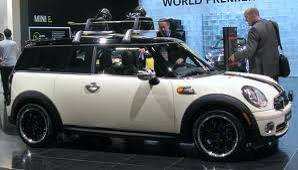 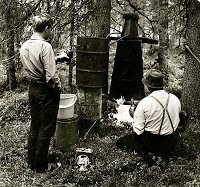 At 10 am on the 5th April 1932, the shops of Oy Alkoholiliike Ab opened for the first time for the sale of alcohol, ending nearly thirteen years of prohibition. Since 1st June 1919, the production, sale and storage of alcohol had been illegal in Finland, following the success of an abstinence campaign that had grown since the late-nineteenth century. Yet, over time, public opinion shifted to oppose prohibition.

In 1888, over thirty temperance organisations formed a national organisation with a membership of nearly 6,000. By 1905 the movement had grown to around 50,000 members in approximately 600 local societies. Throughout this period the Finnish government enacted various measures to limit the production and consumption of alcohol culminating with a prohibition bill passed in 1907.

Finland was then part of the Russian Empire, and any bill required the Csar’s ascent for it to become law. In the case of the prohibition bill, the ascent was not forthcoming, much to the disappointment of the temperance movement. In 1909, an amended bill suffered a similar fate, but the Russian Revolution enabled the promulgation of the act on 20th May 1917.

On 1st June 1919 this act came into effect, with only the supply of alcohol used for industrial, medical and scientific being legal. Nevertheless, many ran the risk of fines and prison sentences to produce alcohol using illegal stills [pictured], or by smuggling it into the country. Prohibition did little to curb the demand for alcohol, with seizures of intoxicating liquor rising from 296,070 litres in 1920, to 1,052,490 litres in 1930.

During the following year a number of unofficial surveys showed a majority in favour of repeal of prohibition. 120,000 women signed a petition against prohibition, and a judicial body sent a memorandum to the government noting that prohibition was having the opposite effect to that intended as alcoholism was on the increase. The government decided to hold an consultative referendum on the issue on 29th and 30th December, which resulted in 217,208 votes in favour of the continuation of prohibition compared to 546,332 votes for repeal.

On 19th January 1932, the Finnish parliament voted 120 to 45 in favour of a bill to repeal prohibition. They went on to pass the Alcohol Act act in the following month, which allowed for the sale of alcohol by Oy Alkoholiliike Ab. This state-owned company, now known as Alko, still enjoys a monopoly of sales of strong beer and spirits.