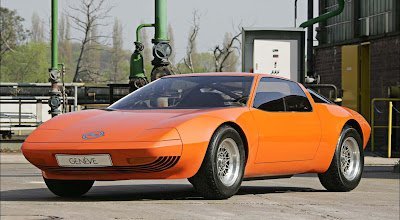 The Opel GT is a two-seat sports car first presented as a styling exercise in 1965 at the Paris and Frankfurt motor shows, and introduced as a production model late in 1968 by Opel, a German subsidiary of General Motors. It relied partly on components from the contemporary Opel Kadett B and had a body made by French contractor Brissonneau & Lotz 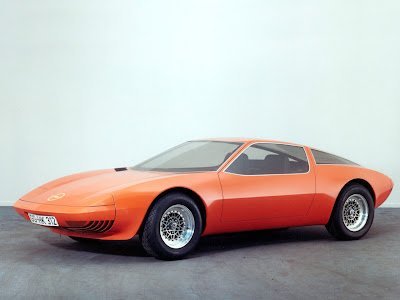 Its styling has been likened to the 1968 Chevrolet Corvette which went on sale in September 1967. The Opel GT was equipped with a base 1.1 L OHV straight-4 engine, which produced 67 hp (SAE) at 6000 rpm. However, most buyers chose an optional 1.9 L Cam-In-Head (CIH) engine, which produced 102 hp (SAE) at 5200 to 5400 rpm. Some of the early 1968 models also came with a slightly higher compression “H” code cylinder head. In 1971, due to emissions regulations, Opel reduced the compression ratio of the U.S.1.9 L engine and output fell to 83 hp (SAE). There was also a GT/J model, which was a less expensive version of the 1900GT sold only in Europe. Standard transmission was a manual 4-speed. A three-speed automatic was available with the 1.9 L engine. The model run of the Opel GT was from 1968 to 1973. 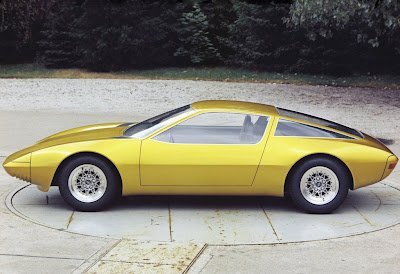 The Opel GT used a steel unibody and a conventional front-engined, rear-wheel drive layout. The Cam-In-Head (CIH) engine was mounted far back in the chassis to improve weight distribution. Front suspension consisted of upper A-arms and a lower transverse leaf spring. A live axle and coil springs were used in the rear. The power-assisted braking system used discs in the front, drums in the rear. Steering was unassisted. 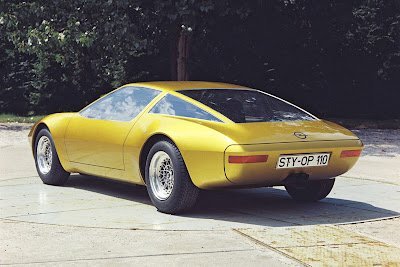 One unusual feature of the Opel GT was the operation of the pop-up headlights. They were manually operated, by way of a large lever along the center console next to the shifter. Unlike most pop-up headlights, they both rotated in the same direction (counterclockwise from inside the car) about a longitudinal axis. One standard joke about GT owners was that you can easily spot them due to the heavy muscles on their right arm built up by using the lever to pop up the headlights. 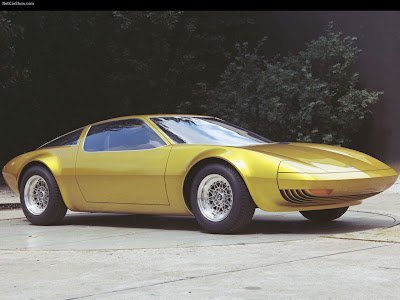 Designed by GM Stylist Clare MacKichan, the Opel GT was a fastback, that had neither an externally accessible trunk nor a conventional hatchback. There was a parcel shelf behind the seats that could only be accessed through the main doors. Behind the parcel shelf was a fold-up panel that concealed a spare tire and jack. 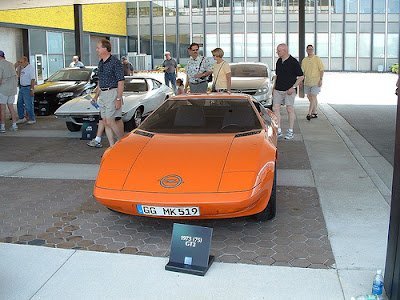 The interior of the Opel GT was surprisingly large for a car its size, owing to its original design process (exterior metal was sculpted around an interior model). Headroom and legroom were sufficient for those over 6 feet (1.83 m) tall 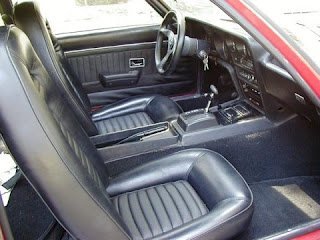 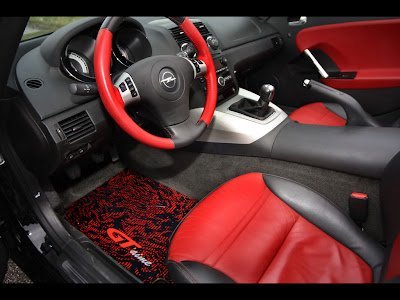 During 1968 to 1973, a total of 103,463 cars were sold. The most collectable GTs are probably the first few hundred cars hand-assembled in 1968 and the 1968–1969 models with the 1.1 L engine, which totaled out at 3,573 cars. Of the later cars 10,760 were the cheaper model (GT/J), which lacked nearly all chrome parts and less standard features. In some markets, items like a limited slip differential, front and rear anti-sway bars, heated rear window and engine bay light were standard, although most cars were shipped without them. 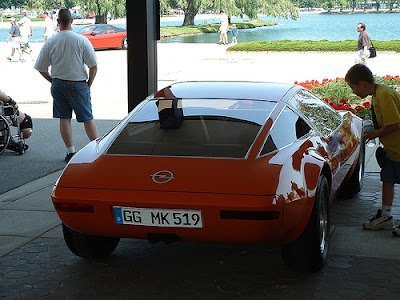 In North America, the GT was sold at Buick dealerships. Reasons for ending production were the need to redesign the car to remain competitive with up-and-coming sports models, such as the Datsun 240Z, as well as the termination of Brissonneau and Lotz’ bodybuilding contract.