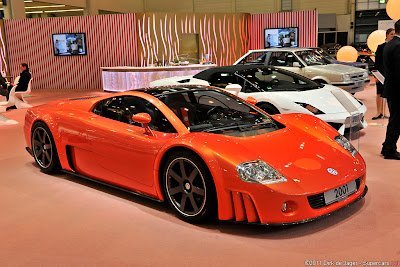 1997 â 2001 The story, the concept, the world record.
The Italdesign Giugiaro study of the W12 Coupe, which is systematically oriented towards top performance and high levels of driving dynamics, is the third phase of evolution of two W12 concept cars becomes the fastest cars in the world. 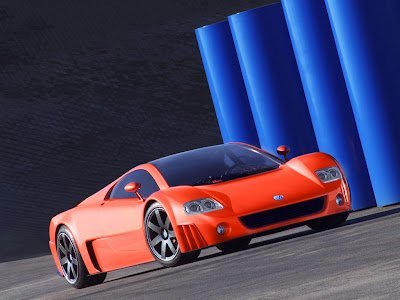 The W12 Syncro prototype was first unveiled at the 1997 Tokyo Motor Show, while the ‘roadster’, a more advanced version of the W12 Syncro, made its debut at the Volkswagen stand at the 1998 Geneva Motor Show. The final evolution of this sports car project, with its W12 engine inspired by the world of motor sports, was showed at the last Tokyo Motor Show and now is entering the decisive phase of production development.
On October 2001 a prototype of Volkswagen’s new W12 coupe in the final stages of development set the world speed record for distance covered in 24 hours. The long term development of this project becomes a real partnership between Volkswagen technical and Italdesign Giugiaro staff. 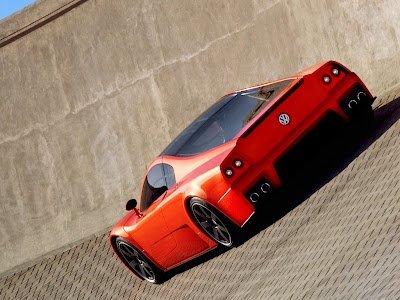 The long and flat body of the Coupe, with the restrained styling of the rear spoiler with automatically extends as of 120 km/h, transports the timeless elegance of Volkswagen design into the dynamic sector of the ultimate sports car. Due to the monocoque construction and the location of the longitudinal engine fitted behind the passenger compartment, the front end of the vehicle could be kept extremely flat. With a length of 4.55 metres and at more than 1.92 metres wide, the design study W12 CoupÃ© has a very impressive appearance due to its dimensions alone.

This is further underlined by the height of the two-seater vehicle, just 1.1 metres. The design study has been further reflned in comparison to its two predecessors; newly designed headlights and rear lights echo even more strongly the characteristics of the future top class models from Volkswagen.

The sports car, finished in orange pearlescent, has two wing doors that open to the front and roof centre part made of special glass which extends from the windscreen through to the end of the engine compartment. The first glance of the W12 with its double V construction can be made through the transparent bonnet.

Alongside air intakes in the front end, the six-litre assembly breathes through other ventilation openings near the partition between the engine and passenger compartments. Leather, aluminium and carbon dominate the design of the new concept for the interior of the W12 CoupÃ©. Seats, fittings and door trims have been finished, for example, with a black/grey suede and a colour coded smooth leather.

Smooth leather has been used for the element where the driver has direct access to the function elements – namely the steering wheel. The steering wheel itself is not perfectly round, but is rather extremely similar in form and function to the concepts used in Formula One racing. Alongside the use of leather, the aluminium elements in the interior are particularly noticeable as they have a red sheen and thus correspond to the exterior colour. Volkswagen is using a new chemical procedure to achieve the colouring and surface coating of the unpainted alloy. The layout of the instruments is classic.

Two round main displays show the most important information such as speed, revs, fuel tank (100 litres) and engine temperature. A colour display in the centre of the dash panel is used to control the functions of the air conditioning, the navigation system, the on-board computer and the car telephone. Furthermore, the amount of space in the W12 CoupÃ© is extremely comfortable. A generous and ergonomically perfect situation has been realised despite the low level of the vehicle typical of a sports car.

There is no doubt – this design study is more than a show car. All the details of the W12 Coupe are fully-functional and the concepts are close to production standards. 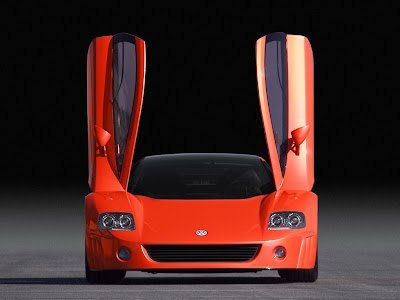 In the future, all Volkswagens in the upper and luxury classes will be equipped with the high-torque W engines. They are characterised by exceptionally low levels of vibration and the best possible acoustic qualities. They are, depending on the model in question, used as standard- in the W12 CoupÃ© for example – or as an option. The Volkswagen brand will launch them as an eight-cylinder, as can already be seen in the Passat W8,and as a twelve-cylinder version with varying levels of output and set-ups. A 16-cylinder version has also been developed on this basis within the Volkswagen Group.

It will be used as of 2003 in the Bugatti EB 16.4 Veyron, which was shown in its most current version last September at the Frankfurt Motor Show. The technology of the twelve cylinder engine integrated in the design study W12 CoupÃ©: with a length of 513 millimetres, a height of 715 millimetres and a width of 710 millimetres, the engine is particularly compact. The capacity of the W12, which weighs just 239 kilograms, is 5,998 cm3. The engine, which is located between the passenger compartment and the rear axle, has an extraordinarily torsionally rigid aluminium crankcase with wear-resistant cylinder sleeves. A further indication of the systematic light-weight construction approach can be seen in the valve covers and timing chain covers made of magnesium. The basic layout of the W12 engine is made up of two very thin V6 four-valve modules which are configured at an angle of 72 degrees with a joint crankshaft with seven main bearings to make up a V-V arrangement, i. e. a â€œWâ€. The cylinder angle is just 15 degrees within the two V6 banks. This makes the construction, which is very compact in comparison to V12 engines, possible.

All other construction details of the W12 engine, which has a compression ratio of 12:1, are also indications of an extremely high tech assembly: the spark plugs are positioned centrally in the pentroof combustion chamber, making optimal combustion possible; the same applies for the flow-optimised intake ports. A double-flow magnesium variable intake manifold supports the particularly dynamic torque curve. The variable intake and exhaust valve timing has a decisive influence on power development: the inlet camshafts can be continually adjusted through 52 degrees and the corresponding value for the exhaust camshafts is 22 degrees. It is no wonder, when considering this technology, that a high priority was given to the performance of all materials in the development phase of the W12 engine.

For example, Volkswagen is only using engine oils from the Shell Helix family for the W12 Coupe. The emissions levels have been perfectly regulated. The W12 CoupÃ© has been developed so that it will meet the requirements of the stringent EU-4 norm due to its four starter catalysts and two catalysts in the standard production version. 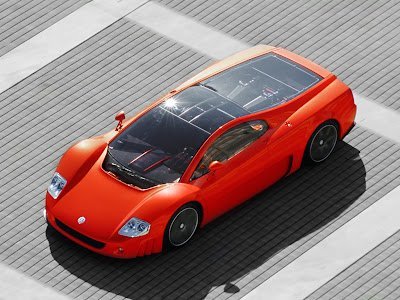 The enormous power of the engine is transferred to the rear axle via a sequential and thus very fast shiRing six-speed gearbox located behind the engine. This is very favourable for a classic sports car layout. The contact to the road is made via specially developed 19â€ magnesium wheels with 255/35 ZR front tyres and 275/40 ZR rear tyres. The sophisticated front and rear axle with double wishbone, numerous electronics modules, an ideal weight distribution of nearly 50:50 and an extended wheelbase of 2. 63 metres ensure that the W12 CoupÃ© is both fast and safe.

The scope of active safety systems includes the electronic stability program ESP and the traction control system TCS. The performance of these systems in the correction of the vehicle response is carried out not only via the brakes system, but also via the central engine management system. At the same time electronic differential locks (EDL) ensure via the brakes that the wheels do not overspin at speeds under 40 km/h. Anybody wanting to drive the W12 CoupÃ© on a racing track can deactivate the electronic running gear systems. The basic concept of the brake system has been perfectly adapted to suit these situations. Ventilated Brembo brakes with a disc diameter i of 318 millimetres have been fitted at the front and rear. The handbrake has been designed for comfortable standard production: it is activated electrically by pressing a button. 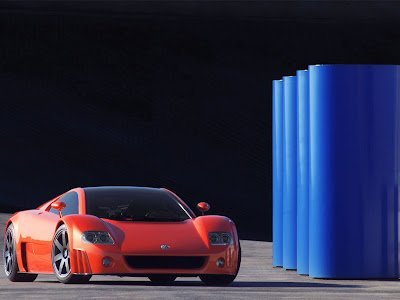 On February 23rd 2002 a prototype of Volkswagenâ€™s new W12 CoupÃ© in the final stages of development set the world speed record for distance covered in 24 hours.

All world and class records are subject to recognition by the Federation Internationale de lâ€™Automobile (FIA); therefore the record-breaking drives on the high-speed circuit at NardÃ² near Lecce in southern Italy were carried out in accordance with the official FIA regulations. The aim of putting the vehicle through this gruelling 24-hour ordeal was to analyse the performance potential and the robustness of the twelve-cylinder engine. As can be seen from the remarkable records and the first technical analyses of the drive unit, an ideal set of the results was achieved, exceeding the defined requirements. 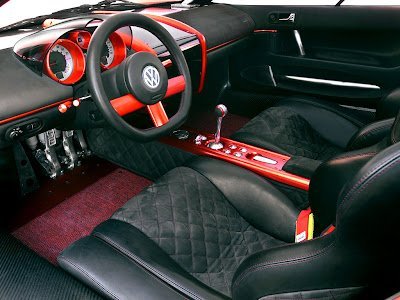