The first regular ITV programmes began in London in 1955. ITV programmes are broadcasting 24 hours a day in all parts of the country. About one-third of the output comprises informative programmes – news, documentaries, and programmes on current affairs, education and religion. The remainder coversport, comedy, drama, game shows, films, and a range of other programmes with popular appeal. Over half the programmes are produced by the programme companies and ITN. Channel 4 and S4C Channel 4 forms part of the independent television network and provides a national TV service throughout Britain, except in Wales, which has a corresponding service in Welsh. Channel 4, currently a subsidiary of the ITC, began broadcasting in 1982. It provides a national television service throughout Britain, except in Wales, which has a corresponding service – Sianel Pedwar Cymru (S4C). It is required to present programmes that are complementary to those of ITV, appealing tastes and interests not normally catered for by one original independent service. Channel 4 must present a suitable proportion of educational programmes amd encourage innovation and experiment. It commissions programmes from the ITC companies and independent producers and buys programmes in the international market. Channel 4 broadcasts for approximately 139 hours a week, about half of which are devoted to informative programmes. At present the service, including that in Wales, financed by annual subscriptions from the ITV programme companies in return for advertising time in fourth channel programmes broadcast in their own regions. In Wales programmes on the fourth channel are run and controlled by S4C. Under the Broadcasting Act 1990 S4C became a broadcaster in its own right. Its members are appointed by the Government. S4C is required to see that a significant proportion of programming; in practice 23 hours a week, is in the Welsh language and that programmes broadcast between 18:30 and 22:00 hours are mainly in welsh. At other times S4C transmits national Channel 4 programmes. Under the 1990 Act the distinctive remit of Channel 4 and S4C has been strengthened and the services are guaranteed by special arrangements to protect revenue levels. From January 1993: • Channel 4 was to become a public corporation, licensed and regulated by the ITC, selling its own advertising time and retaining the proceed; • S4C was to be financed by the Government rather than by a levy from ITV. 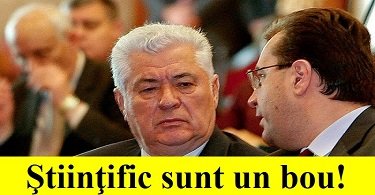